A site for vintage guitar buffs, with plenty of photos of old Hofner guitars from the 50's and 60's, together with sections on Selmer, Watkins/WEM, Bird, Fenton-Weill, Grampion, Dallas, and Elpico Amps. 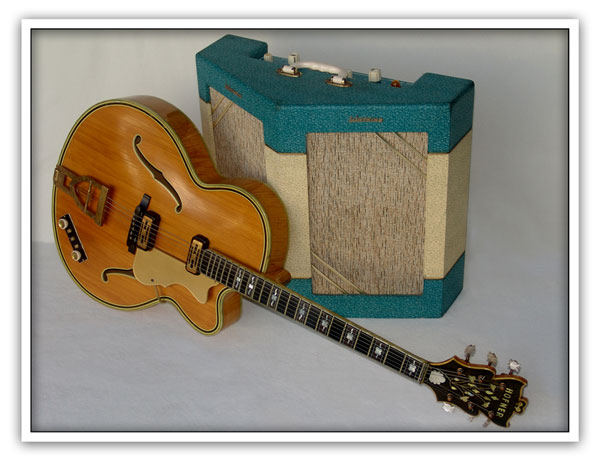 THE VINTAGE HOFNER SITE IS SPLIT INTO SIX SECTIONS:- 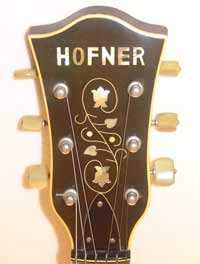 I have been playing, collecting, and generally been involved with Hofner guitars for over 50 years, and in that time have acquired a great affection for them. I don't profess however to be an expert on all Hofners, particularly as it is the guitars distributed in the U.K. by Selmer of London during the 1950s and 60s that appeal to me most. Those are the ones which belonging to Hofner's "Golden Years", i.e. the time before American guitars became easily available in Britain and when there was a very limited choice of reasonable quality guitars that were available to the many up and coming guitarists in the country. Believe it or not, these were the guitars that were the foundations of the British "Beat Boom" (awful expression) that swept across the World from the mid 60's onwards. With the coming of the Fenders, Gibsons, Gretsch, etc, sales of Hofner in Britain declined. O.K., they tried to keep up with such models as the Galaxie, but really they never had a chance. It's nice to know though that they are still producing high quality instruments in Germany and in the new factory in China, which are now reappearing in the UK as well as the United States. The future is looking good again for Hofner!

As well as describe some of the Hofner guitars from their great heyday period in Britain, I have attempted to provide details of some of the past (and some still current!) users of Hofners. This list will, I hope, convince even the most skeptical of Hofner's importance in the development of British rock music.

The current range of guitars made by the Hofner Company is impressive, and is very much in the old traditions of style and quality. With the ongoing assistance from Nick Wass of the re-formatted Hofner company, I have attempted to present details of the new models on this website. For fully up-to-date information though, please visit The Official Hofner Website.

An additional section of the site was set up in conjunction with Tim Fletcher, a fellow enthusiast for all things Hofner/Selmer. This tells the story of the Selmer - Truvoice amplifiers, which ran as a complimentary line to Hofner guitars in the UK throughout the1960's.

The Selmer amps section seemed to have been very successful, so Tim and myself built upon this by providing an information resource on Charlie Watkins' range of guitar amplifiers from the 1950's through to the 1980's.

Now how many Bird amps have you come across? These are fairly rare, and very interesting, British made amplifiers from the early to mid 1960's.

A well respected name in UK guitar and amplifier manufacture back in the late 1950's / early 1960's. Not well remembered these days though!!

A round-up of some other makes of less famous amps from the late 1950's and early 1960's. This section is far from complete due to 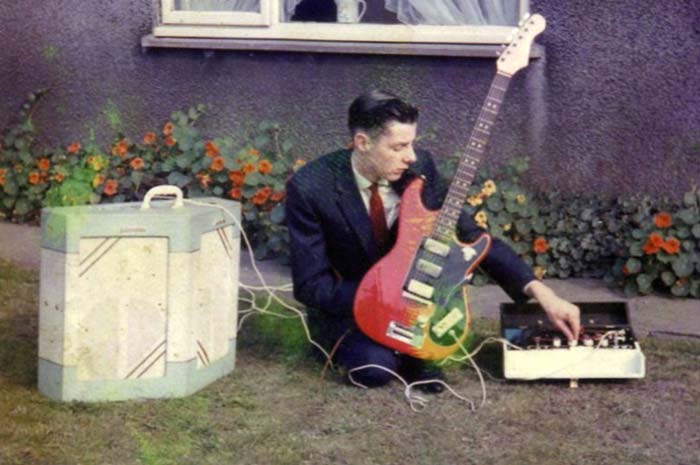 An early 1960's photo of Kenneth Ineson with his Hofner V3 Solid Guitar, Watkins Dominator amp, and Watkins Copicat. A photograph which is very typical of that era!

Copyright © Steve Russell 1999-2020, except for those parts where copyright ownership by others is clearly indicated.
All rights reserved.