Note the three output jack sockets fitted to the Echo 300.

This particular unit has lost the perspex tape loop cover, which can be seen on the above example. It is however fitted with a tensioned pinch-roller device which retains the tape to the motor drive and presumably regulates the motor speed better.  Echo 300s tended to suffer from severe "tape flutter" problems. The early Echo 300 above does not have a pinch-roller, and so it was presumably an interim modification to the made to the Mk I by Selmer. 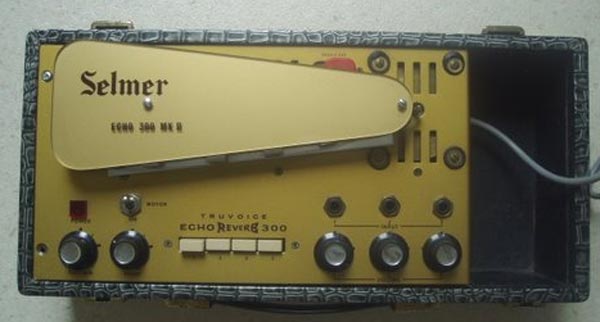 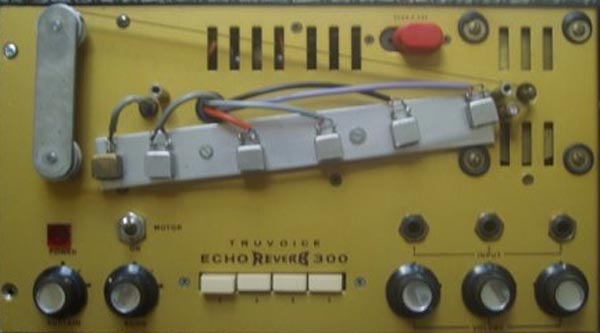 Interestingly, the MkII has lost the tensioned pinch-roller that Selmer fitted on the later MkI version. It does now have a brass fly-wheel fitted to the motor however. 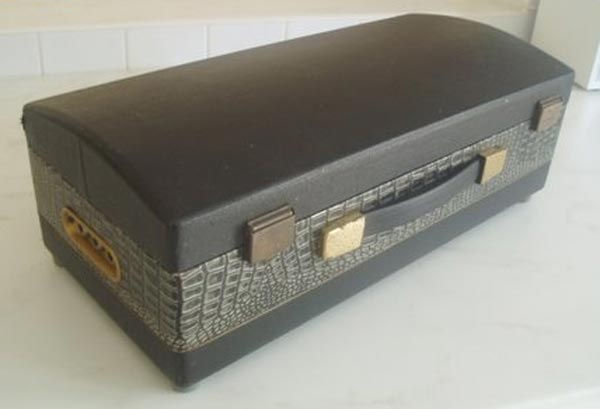